In May I took the day off and journeyed up to the British Museum. I had planned on doing this anyhow, but the Feminine Power exhibition was on and so I thought I’d check it out. Here are some of the artefacts with notes.

These formed some of the oldest pieces. From left to right we have a piece dating to 6,000 BCE found in Israel. In the centre a marble figurine from Greece and dating to around 2,500 BCE. Finally, the piece on the right is also a marble Greek piece dating from the same period.

It’s quite incredible that these have survived, they have a very soothing quality. Somewhat in contrast with the next exhibit. 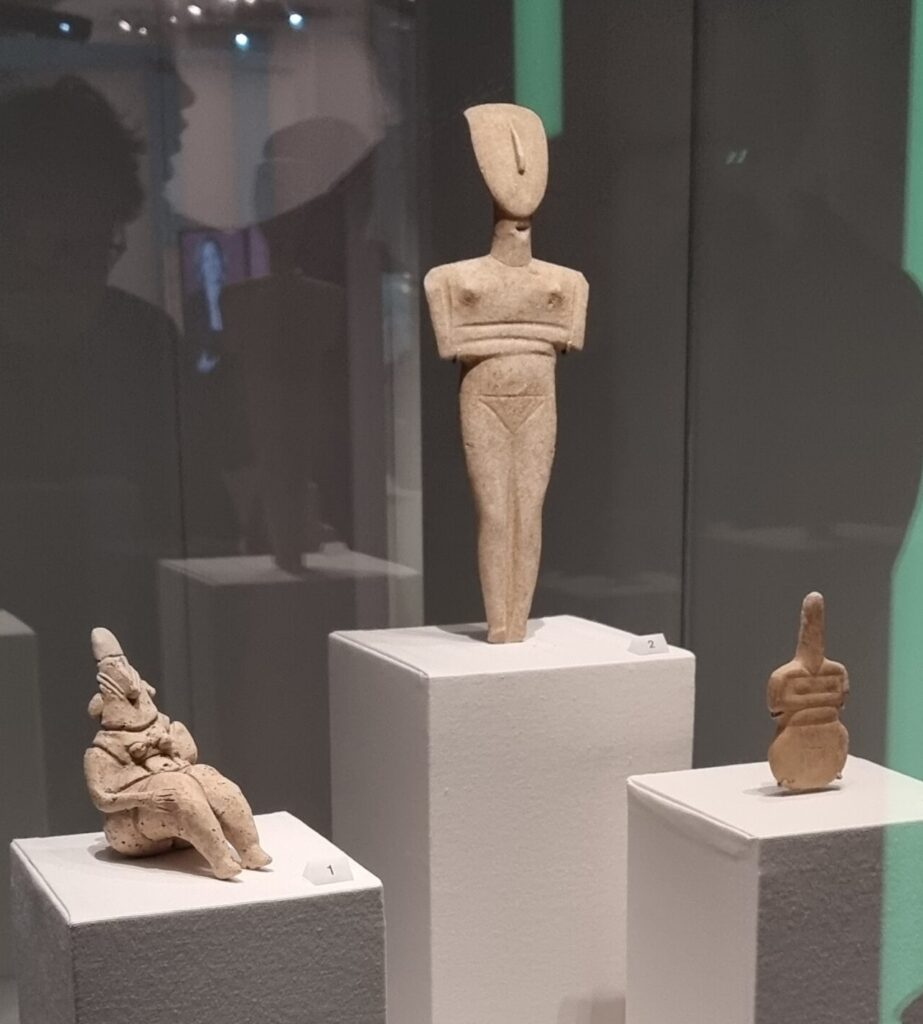 ‘The Queen of the Night’.

A standout moment for me as I hadn’t expected to see this. This relief is said to depict Ishtar/Inanna, a goddess from Mesopotamia (circa 1,750 BCE). Ishtar/Inanna has been seen as a predecessor for Aphrodite and so underlines how Greek mythology was something which imported and adapted its deities. The role of the animals isn’t wholly clear, after all there is debate as to who it depicts. 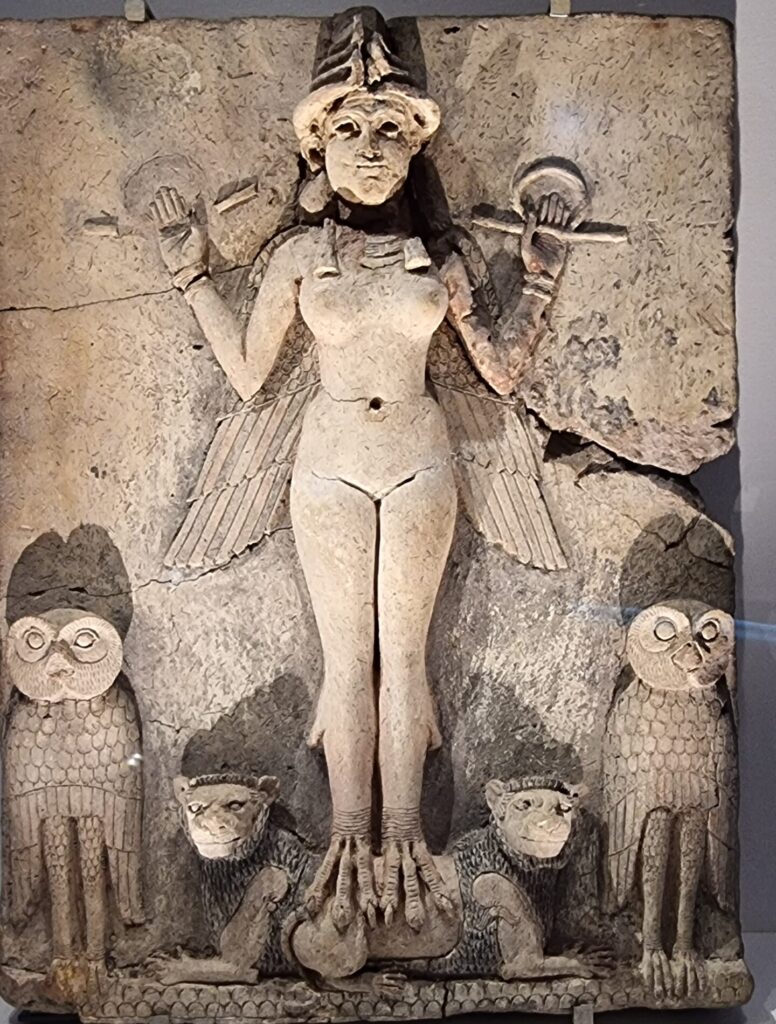 This is a more recent piece, I suspect you’ll recognise it. Dating to the second century CE is shows Venus, though the style is based on earlier Greek statues of Aphrodite. 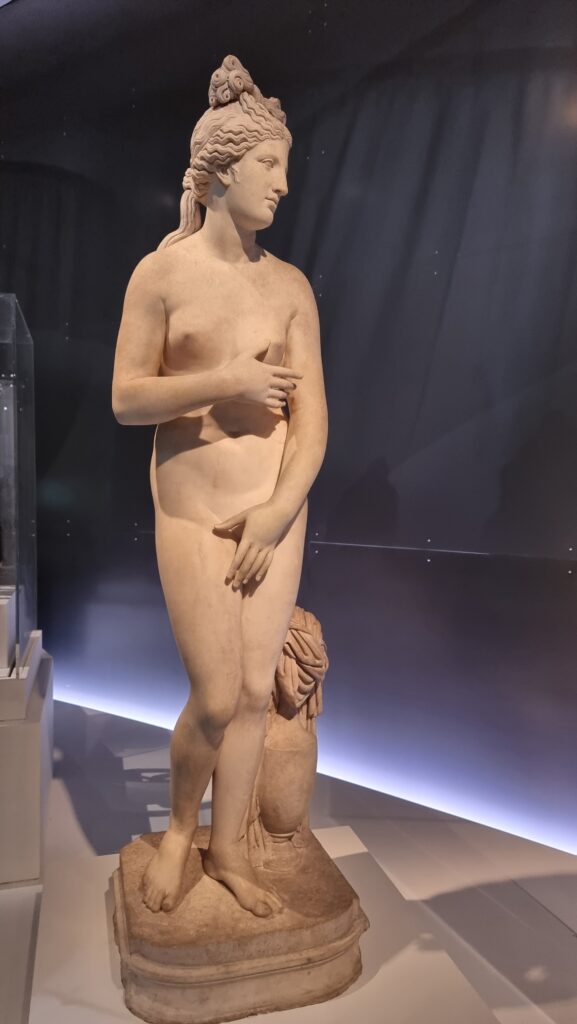 This is another statue dating to the Roman period and the first century CE. What’s of note if what is missing. Athena would most likely have held a spear in one hand and in the other a small figure of Nike (the winged goddess of victory). This was replaced with an owl (of which I am now a fan). 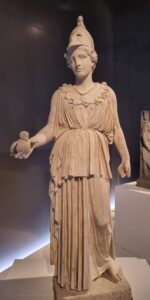 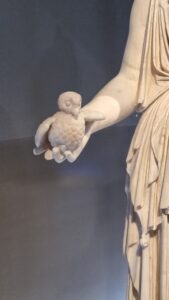 This depiction of Medusa is reminiscent of the more archaic depictions of her. Greek art shifted depictions of gorgons from the tusked creatures as you see here to what were effectively women with wings. This more so on Greek vases. But here is a terracotta antefix from southern Italy of around 500 BCE. 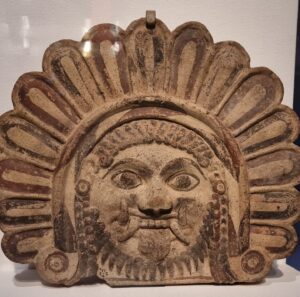 According to myth Athena was born when Zeus swallowed her mother (Metis) when she assumed the form of a fly. Don’t ask, we’re talking the Olympians here so pretty much anything fails to shock me anymore. A splitting headache ensued which is apt as in order to solve the problem Zeus was struck on the head with an axe freeing Athena.

In this vase (circa 510 BCE) Athena leaps from the head of Zeus, fully armed. It’s a great example of how vase painting dealt with a dynamic moment. The artists were restricted to static forms. 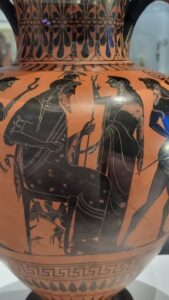 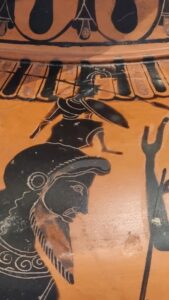 A Roman sculpture of Hekate (second century CE). Hekate is a complex deity who we find mentioned in Hesiod’s Theogony where she is noted as predating the Olympians. Indeed, it seemed that Zeus himself was keen to keep her onside. She was a deity associated with crossroads, therefore liminality and transition. In the modern period perhaps her closest association is with witchcraft, though this is a much more modern term.

Her depiction was often in the form of three. By this I mean three bodied or a single figure with three heads. Here the sculptor has bound three figures into one form which must have been a unique challenge. 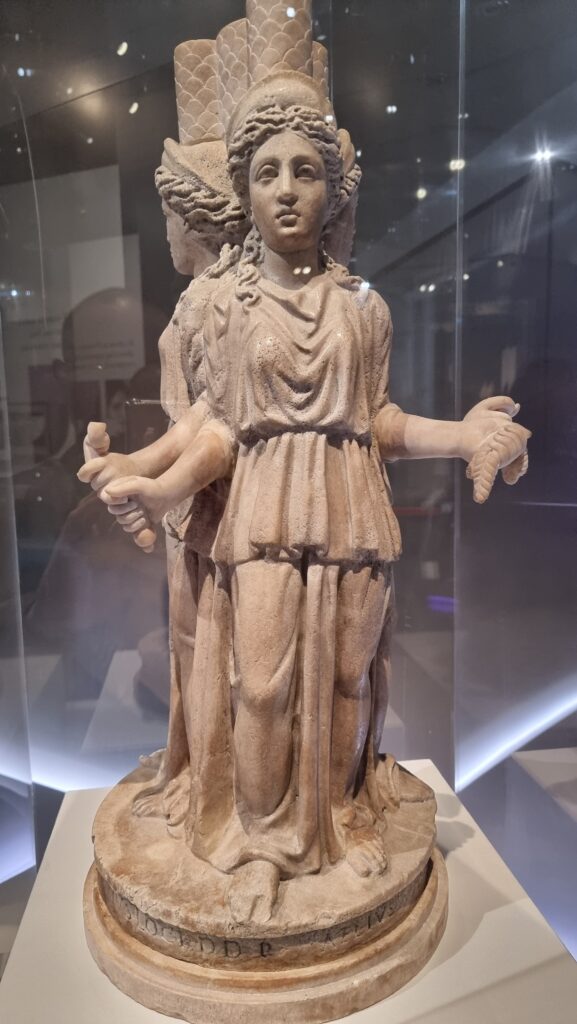 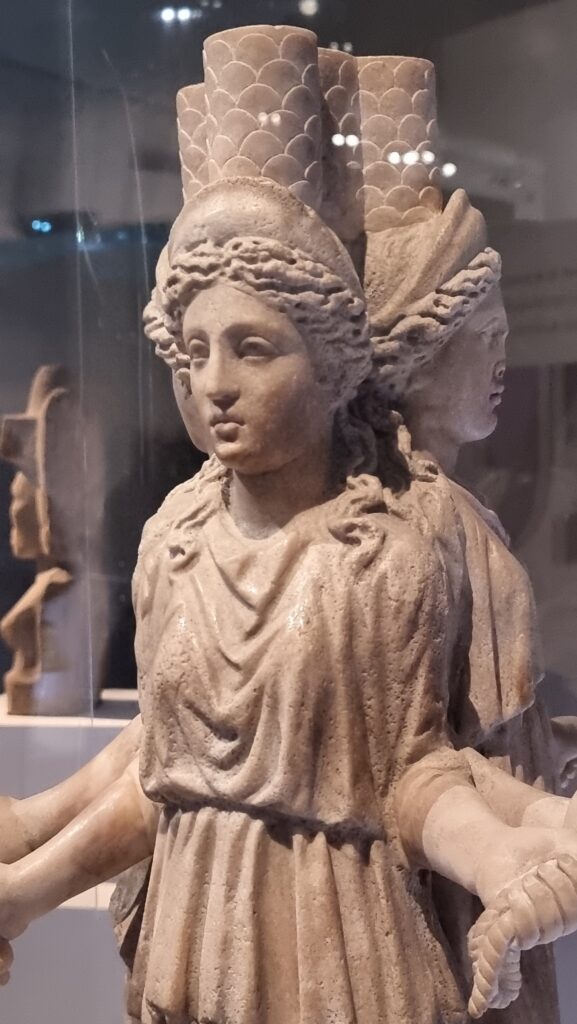 The biblical character of Lilith was found as far back as Mesopotamian lore. In fact her character can be seen in the supernatural individual Lilitu (my podcast episode ‘Witches and Demons in Mesopotamia‘ deals with this).

This bowl dates outside of my normal content. Approximately 500-800 CE but it’s an incredible piece and certainly worth including. The inscription inside the bowl asks for protection from Lilith who is also depicted in the middle as a chained figure with hair and breasts. 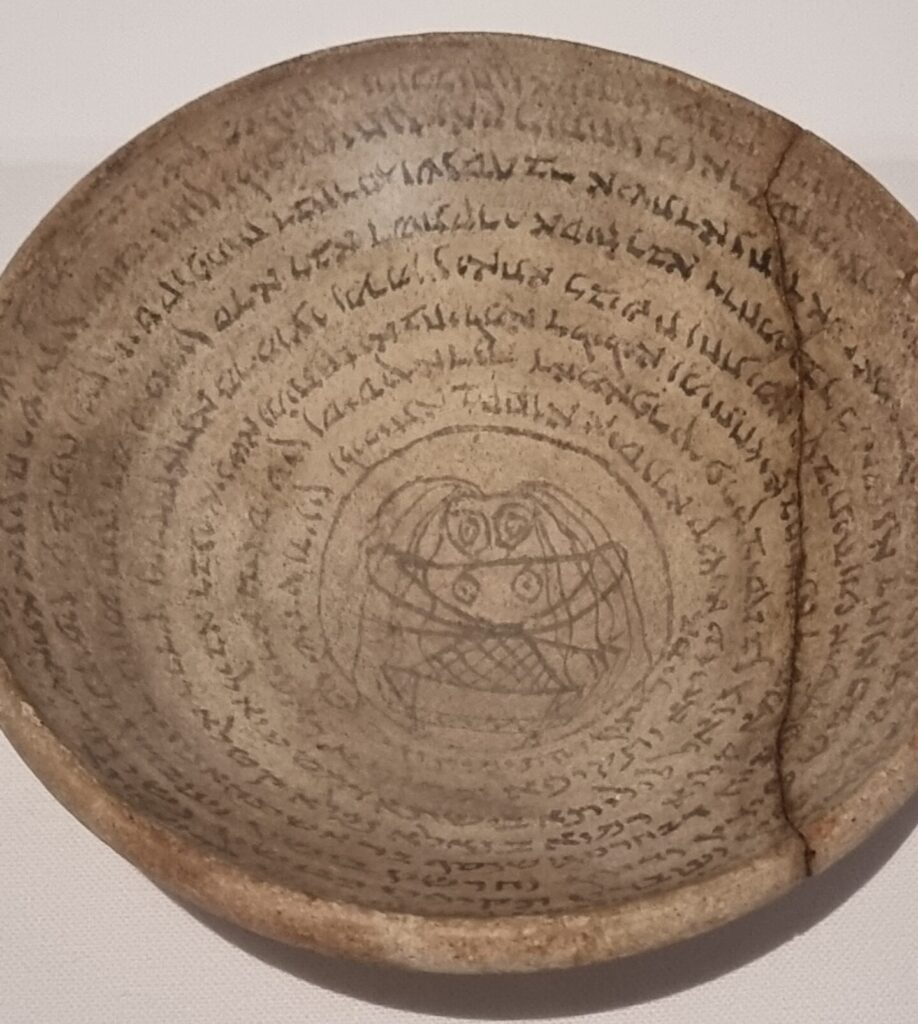 I hope you enjoyed this and if you want more I put together a short video with these pieces and a few others.