For many of a certain age the myth of the Golden Fleece invokes a bunch of skeletons fighting soldiers (I’m talking about the 1963 film Jason and the Golden Fleece). The fleece-stealing part of the film didn’t register as much as as result of these bony warriors and a host of other Ray Harryhausen monsters.

In the more recent period it seems that there is a case that the Golden Fleece wasn’t just a thing of myth.  According to the myth the fleece was located in Colchis, which is modern day Georgia. 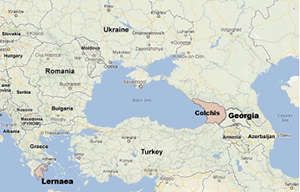 This is on the south eastern corner of the Black Sea. Though there were Greek colonies based there this region was associated with magic and the more fantastical. Just remember that Medea came from Colchis (in fact she travelled back with Jason after he nabbed the fleece). 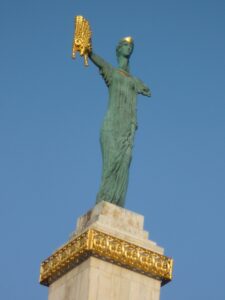 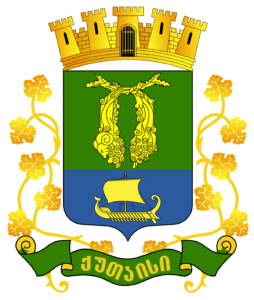 A statue of Medea holding the fleece in Batumi and the coat of arms of Kutaisi (both in Georgia) which also features the fleece.

A recent study has argued that fleeces were used to source gold from the mountains in Georgia. The method was ingenious as it was simple. Water containing gold particles ran down from the mountains and a fleece was placed in the stream as a filter to catch the particles. After a time it was left out to dry and then the gold could be removed.

A golden fleece was therefore the sign of success. It then became a metaphor for wealth of the region.