Rome has always been associated with seven hills and a visitor today is somewhat detached from just how prominent the hills were. In the mythical foundation it was the hills upon which Romulus and Remus competed in augury to see who would put their name to the city. Romulus took the Palatine and Remus the Aventine. Then there was the famous falling out which resulted from one brother mocking the other’s hill fortification.

(There’s much more to it than that by the way and you can listen to my breakdown on it in a podcast I did on Rome’s Foundation myth).

Rome had problems other than warring brothers. The ground between the hills would often flood as it was low lying ground. To counter this the land between the Capitoline and Palatine Hills was raised by several metres. Excavations have indicated this took place in the period associated with the Kings of Rome (753 – 509 BCE). More specifically the time around the reign of the 5th King, Lucius Tarquinius Priscus. Part of the work also incorporated a drainage channel which became the Cloaca Maxima. You can listen all about this in an episode I did on Lucius Tarquinius Priscus).

Rome’s Museo della Civiltà Romana (Museum of Roman Civilisation) features a model which depicts Rome and gives a real sense of how the hills were part of the city. So let’s have a look.

To give some perspective here’s a good illustration of Rome’s hills to orientate yourself with. 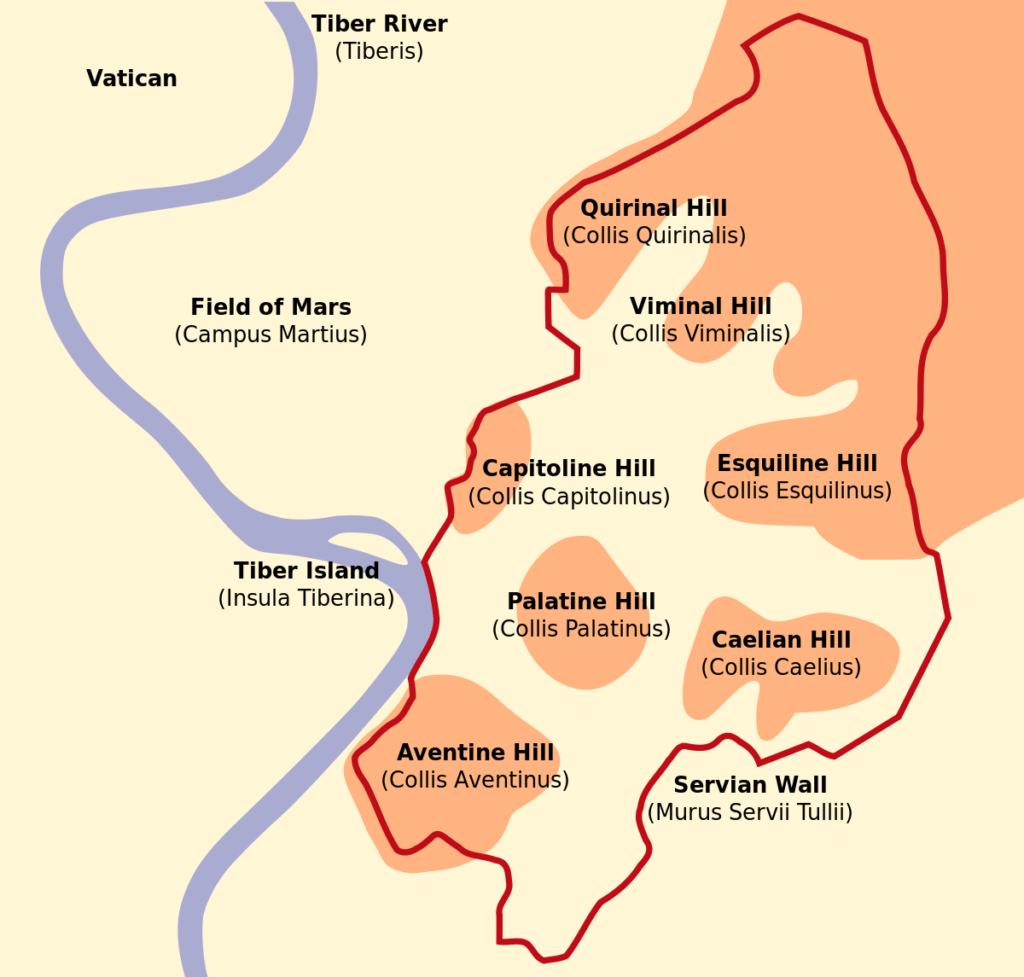 This is a wide shot of the model with the hills included. Don’t worry, I’ll look specifically at each.

You can use the Tiber, and specifically the island in the Tiber to help align the two. The view we have here is looking north west.

I’ll start with the hill you can make out in the background with the red-roofed Temple.

This is the easiest hill to pick out due to the temple (it’s the Temple to Jupiter). To the north west of the Capitoline (in the above pic and the first one it’s the green space above it) is the famous Campus Martius or Field of Mars. 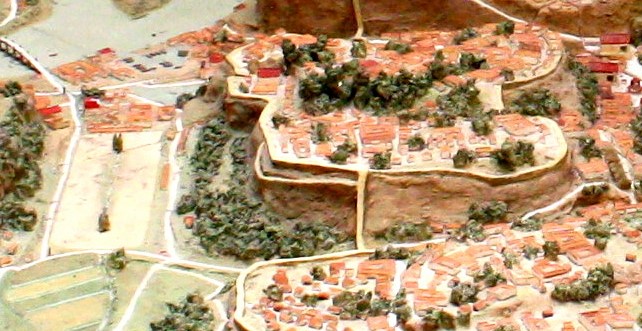 This hill is directly below the Capitoline on our picture. You can make out a narrow valley between the two hills and this became the Forum. It’s easy to make out how easily flooded it must have been as it was so close to the Tiber. To the left of the Capitoline is Circus Maximus which made use of a natural feature, a piece of flat land with a raised spine of land. The spine became modified as the middle of the race track. It’s been argued that the same technology to drain this piece of land was used for the Cloaca Maxima. Again, you can listen about this in the podcast episode on Priscus. 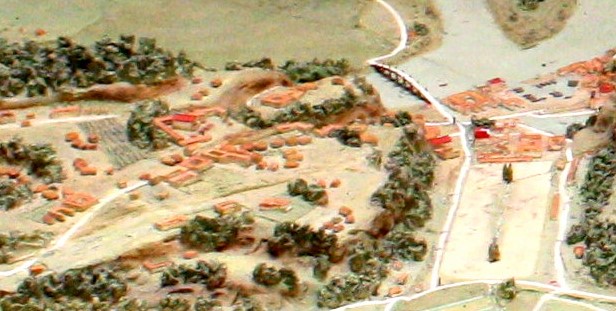 This hill sat on the other side of the Circus Maximus, it doesn’t seem as prominent as he other hills but it was an important one. Remember, this was where Remus competed with Romulus to spot birds.

This hill is at the bottom of the picture of the model (though remember the view of the model is looking towards the north west). 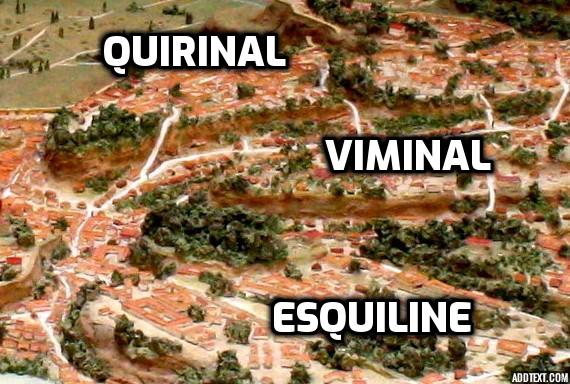 This is a bit more cramped due to the perspective. If you use the diagram you’ll see three hills which look like fingers coming out of a central mass. These became individual hills and the fantastically named Titus Tatius lived on the Quirinal. He was a king of the Sabines who co-ruled with Romulus. Needless to say he didn’t live long.