In my recent podcast on the Ancient Olympics I promised some supporting notes. Here they are. You can find the podcast via the link to my Ancient History Hound podcast or just playing it in the player below:

Below is where Olympia is located. It would have taken 5 or 6 days to walk from Athens. 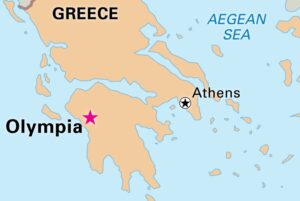 A more detailed map of Olympia. This one gives a colour scheme for the dating of areas/buildings. Blue = Archaic, Red = Classical, Yellow = Hellenistic and Green = Roman.

As per the podcast, the Altis is central with the stadium to the top right. 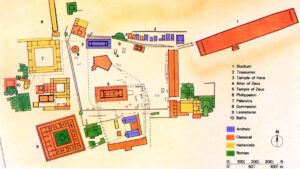 Nice illustration which gives a view looking east across the site. You can find this with a fuller description here 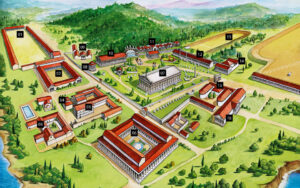 Here’s the hill of Kronos (looking north from the stadium). 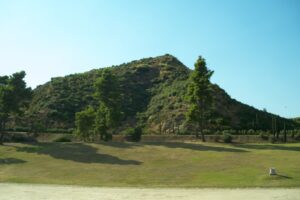 In terms of the Hippodrome here’s a good diagram giving some reference to size. The discovery of it can be read about it here. 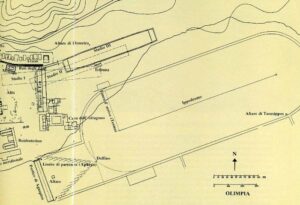 A bit more complex, here’s the supposed plan for the hippodrome. The arrow shaped feature is the starting gates.

Nice model here from the British Museum showing the starting points of the hippodrome with the stadium to the north. 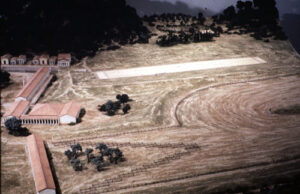 The western end of the running track. This would normally be the finish line for the single stade race. The second picture is a reconstruction of how the races might have started. You can read much more about it on this link. 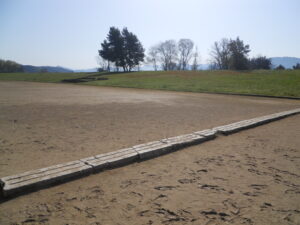 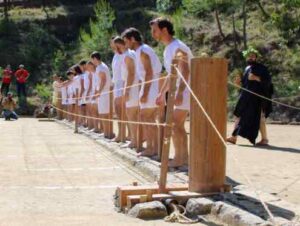 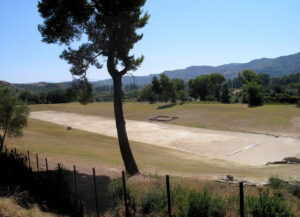 In the podcast I mentioned how the long jump may have worked with hand weights. Here’s an image of a long jumper on a Greek vase. I also spoke about how the Marathon race was a modern invention. Sententiae Antique did a fantastic in-depth article on this. 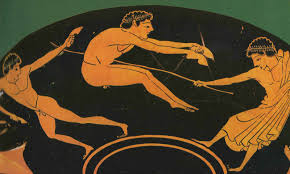 Here’s a depiction of the short lived apene, or mule race. 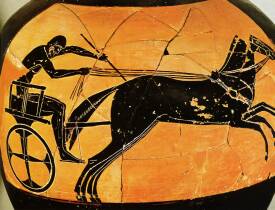 Here’s a very interesting chart courtesy of the Open University. It gives a basic view of the demographics in the games. 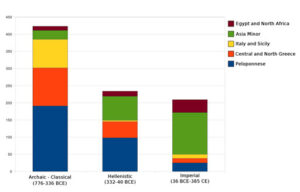 Thoughts on the Historical Origins of the Olympian Games and the Cult of Pelops in Olympia, Panos Valvanis.