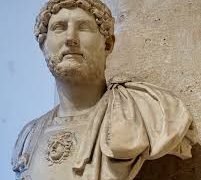 As it’s World museum selfie day on Jan 18th here’s a few pics from my visits to museums over the years. Couple in there of me in Roman kit as… Read more »

The Iliad is full of characters, some of them less well known than others and Sarpedon is a really crucial part of the Homer’s tale.  Through him a number of… Read more »

Just a quickie, found this a while back and it gives a reminder that the modern coastlines aren’t what may have been the ones back in antiquity (for example Ephesus… Read more »